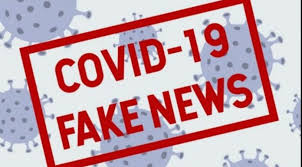 As with all highly mediatized topics, SARS-CoV-2 has its share of misinformation. Originating in the Chinese province of Hubei in 2019, the epidemic caused by this novel coronavirus, now referred to as SARS-CoV-2, and COVID-19 for the disease it causes in people, continues to stoke the fires of not just the traditional media, but also websites and social media – and not always to the good.

Scientists prefer taking a look at the various forms that this wave of misinformation can take, so that you can focus on what is relevant.

From conspiracy theories and unfounded revelations to the plain and simple approximation of figures, when it comes to SARS-CoV-2 and its human disease COVID-19, there is no shortage of misinformation and fake news communicated through numerous media channels on subjects ranging from the nature of the virus to its vaccine.

There are many questions as to the nature of this coronavirus and its public health implications. Is it safe to receive packages coming from or via China? Does the virus affect only elderly people? Do some foods help prevent infection? Is the incubation period longer than initially thought?

Although some gray areas still surround SARS-CoV-2, we know that the virus is unable to survive on objects, such as letters and cardboard boxes, sent long distance for the time it takes for them to be reach their recipients. We also know that transmission of the virus is essentially airborne, via droplets or aerosols of saliva projected by coughing or sneezing.

Therefore, an asymptomatic person (who is contaminated but is not coughing or sneezing close to others) has a lower risk of spreading the virus than a symptomatic person, except where there is close and/or prolonged physical contact. Also, the virus can be transmitted through contact with contaminated surfaces if the person touching the surface then touches their face without washing their hands first. Therefore, frequent hand washing is very important. What is more, one’s geographic or ethnic origin has no bearing on the ability of the virus to infect others.

Contrary to what might have been said in recent weeks, there are no foods (garlic, fennel) or hygiene products (sprays, mouthwashes) that prevent infection with SARS-CoV-2 . Finally, the average estimated incubation period is from 5 to 6 days, with a period of 1 to 12 days for the majority of cases. Research is continuing in order to clarify both the unanswered questions and unfounded assertions.

A vaccine for the Covid-19 epidemic?

A vaccine to prevent the contraction of SARS-CoV-2 does not exist yet. The various existing vaccines used to prevent bacterial pneumonia are unfortunately ineffective. Teams across the world, including an Inserm team in Lyon, have rallied in attempts to understand this novel virus and counter it as quickly as possible, although that will take some time.

Contrary to what can be read on the more or less conspiracy theorist websites, which insinuate that a vaccine is already ready and that pharmaceutical companies are speculating on the deadliness of the epidemic in order to push up prices, the development of a vaccine is still under study – this is why the only means of protection offered to healthy populations are barrier measures.

The conspiracy theories keep coming. Some are claiming that SARS-CoV-2 was created in the P4 laboratory in Wuhan, or that pharmaceutical companies had already filed patents to cash in on the sale of a specially-developed vaccine that will be withheld until millions have died in order to push prices up. However, the patents in question, found online, are patents for the Chinese SARS coronavirus (SARS-CoV) of 2002, which was logically then studied in order to enable the development of a vaccine. These are totally untrue.

In particular, a conspiracy theorist video pointing the finger at Inserm and Institut Pasteur is currently doing the rounds on social media. The interpretation of the documents presented in this video is totally erroneous and the allegation that Institut Pasteur had invented the virus responsible for COVID-19 is false.

The 2004 patent held up as “evidence” in this video does not describe the invention of SARS-CoV-2 responsible for COVID-19, but rather the discovery of SARS-CoV-1 responsible for SARS, and the invention of a vaccine strategy following the epidemic of the latter that originated in China in 2002. This candidate vaccine against SARS-CoV-1 was not tested in humans because the epidemic ended before clinical trials could be implemented, with the lack of patients rendering them impracticable.

The knowledge acquired from fighting this epidemic of a virus related to the present-day coronavirus is currently being actively used by the researchers concerned in order to create a potential vaccine against Sars-CoV-2. More details can be found on the Institut Pasteur website.

Here are a few definitions of the expressions used by researchers and communicated by the media:

What is a preprint?

A preprint is a paper written by researchers that has not yet undergone the standard process for publication in a scientific journal (revision, correction and peer review), which can sometimes be very lengthy. Preprints allow scientists to share research with each other in real time – in this case concerning the SARS-CoV-2 epidemic – and can be found on the Biorχiv and Medrχiv websites (which stand for Bio Archive et Med Archive, respectively).

In scientific documents such as patents, what does the term “inventor” mean?

In research, someone who discovers a virus, compound or geological deposit, for example, is designated as its “inventor”. The discovery is designated as the “invention”. In the case of the aforementioned 2004 patent, the designated “inventors” of SARS-CoV-1 that was responsible for SARS are the people who discovered and described it – they did not create it.

How are cases of COVID-19 defined?

The definition of suspected cases of COVID-19 changes with time and with the spread of the epidemic. The criteria also vary from one country to another. In France, the criteria established by its public health agency, Santé publique France, are regularly updated.

Do I need to get a prescription for an antimalarial to fight coronavirus?

For the moment there has been no firm scientific validation as to the efficacy of chloroquine antimalarial treatment against coronavirus. The research mentioned in the press concerns a very small study whose methodological validity is controversial.

Although the possibility of being able to use safe, well-known and inexpensive antimalarial treatments in coronavirus patients is an interesting one, it is essential to have visibility over the data produced by clinical trials involving SARS-CoV-2 patients, published and therefore made accessible to the international scientific community.

A European clinical trial evaluating four experimental treatments for COVID-19 began on March 22, 2020. Coordinated by Inserm as part of the REACTing consortium, this trial will enroll at least 800 French patients with severe forms of COVID-19.

It must also be noted that taking any kind of medication is not without risk. Antimalarials can only be obtained on medical prescription.